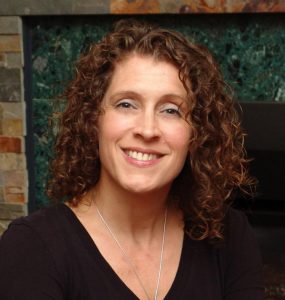 “Maybe it was the failed attempt at a start-up company, or an early mid-life crisis, but one morning I decided to follow my oldest passion, started writing, and never want to look back.”

After completing commercial studies in Geneva, I worked as a PA for DuPont. A year later I moved to Neuchâtel and became the Purchasing Manager for a high-tech company that made motors for industrial and space applications. While working, I returned to university, studying part-time for a Bachelor of Science. And then a friend of a friend introduced me to another friend who’d started up an IT recruitment business. I joined the company late 1995, and over the next fifteen years rose through the ranks to become CEO.

Things outside of work were hardly boring, either. A chance encounter back in the dark ages of the Internet in 1999 led me down the aisle with Rob, my Canadian rock, five months later. Actually it was exactly ten weeks after we met face-to-face at the Saint John airport in New Brunswick, Canada – and we’re still married. True story. Our first son was born in 2003, followed by identical twin boys just sixteen months later, so I’m heavily outnumbered (and at 5ft8 officially the shortest of the family).

My writing career began after we moved to Oakville in Ontario, Canada in 2010. Maybe it was the failed attempt at a start-up company, or an early mid-life crisis, but one morning I decided to follow my oldest passion, started writing, and never wanted to look back. My first book was a rom-com, but then I switched to the dark side of suspense (say it with me: muahahaha).

While I may never have enough time to get all of the ideas out of my head and on paper, I’ll be darned if I won’t have fun trying!

Be part of the conversation … sign up for Hannah Mary’s newsletter.
Scroll to top