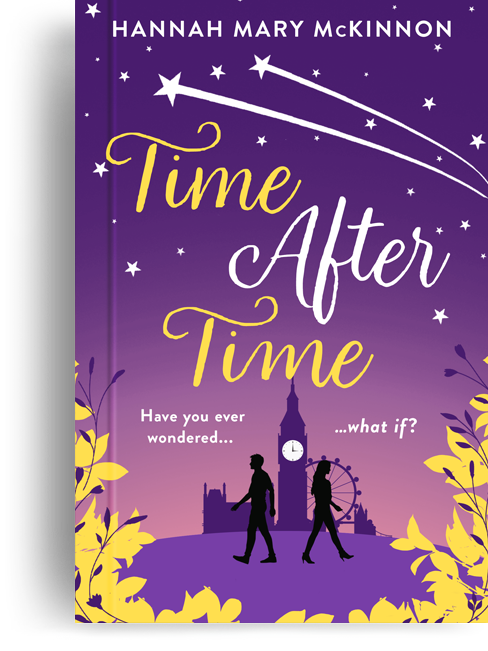 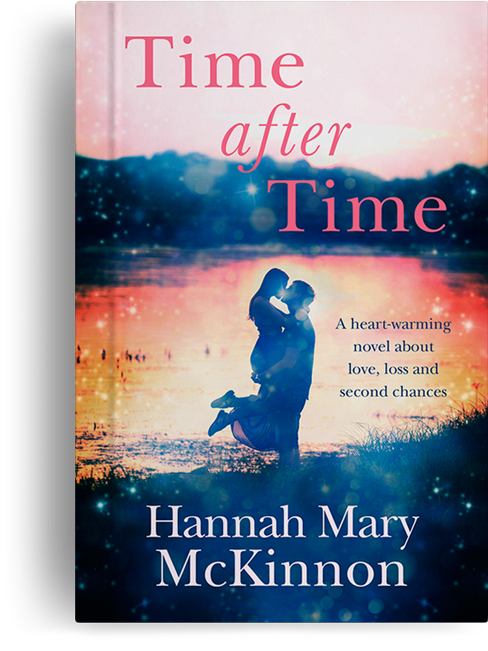 Hayley Cooper fantasizes about what her life would be like if only if she’d made different choices. It’s understandable; the past two years have been hell. She barely sees her kids, her boss is trying to sabotage her, and her marriage is falling apart. Burnt out, Hayley goes to sleep wishing for a different life. When she wakes up married to her first boyfriend, one she has not seen in over twenty years, she realizes there might be some truth in the saying “be careful what you wish for”.

Over a single weekend, like Ebenezer Scrooge, Hayley gets to see her life on other side of the white picket fence – not just with her first ex, but with each of her past loves. But is the grass always greener, and will she ever want to go home?

For fans of Dani Atkins, Laura Barnett and Kate Atkins, this moving story that will resonate with any woman who has ever wondered, in a moment of frustration, “what if?”.

Scroll down for an excerpt.

Order it today by using the buttons below.

Buy now at these sites

Excerpt of TIME AFTER TIME

A Blast from the Past

It was the odd silence that woke her.

Where are the kids?

Hayley tried to burrow back into Sleepland. Fat chance. She’d become too much aware of her tongue that was stuck to the roof of her mouth. It felt like she’d been chewing on a ball of fuzzy felt rolled in a slice of Gouda.

She remembered getting a taxi back from Ellen’s but her throbbing head didn’t make sense. They hadn’t had that much wine, surely?  Hayley briefly wondered if her best friend felt equally queasy. Then her stomach rumbled, a sure indication of how late it might be.

Breakfast is going to be fun. Serves me right for getting back so late.

Hayley squinted, barely able to make anything out in the dimly lit room. She looked at her old-fashioned Mickey Mouse alarm clock that ticked loudly. Her parents had bought it for her fifteenth birthday as a joke because nothing short of a sledgehammer ever seemed to wake her. She’d used it ever since.

Where are the kids?

She couldn’t believe they weren’t up yet. It was total bliss that she’d got an extra hour and a half of much-needed sleep. As she rubbed her head again she heard Rick’s gentle breathing next to her. Her husband had always been a quiet sleeper. She was the snorer – he’d even recorded it once on his phone and played a frighteningly realistic warthog impression back to her with a grin on his face.

It’s not like him to be in bed this late on a Saturday morning.

He usually went out for a run and did push-ups at the park while she got the kids up and made breakfast. He reckoned it was the reason he could still eat Fish and Chips and not turn into a lard-arse.

Hayley thought about Rick’s firm legs and trim waist. She briefly considered slipping her hand down his boxer shorts – they hadn’t had morning sex in months, probably years, even – but that pint of water she’d downed just before she left Ellen’s had turned her bladder into a bouncy castle. She was busting for a pee and wanted to move her legs but they felt like lead-filled sausages. Slowly she started to drift off to sleep again.

God, he sounds rough. I bet he’s coming down with a cold. Oh joy. Man-flu alert.

‘In a minute,’ she mumbled, then remembered their row from the night before. At least an eight and a half on the Richter scale of arguments. Maybe even a nine. Bad enough for her to walk out, fleeing to Ellen’s for wine and moral support. It wasn’t the first time she’d speculated if Rick had found someone else. Wondered if he wanted to leave, then wondered if she wanted him to.

She sighed and decided she should take a few steps towards reconciliation. Besides, she had a brief to finish. Washing to do. Costumes to pick up. Parents to see. And with all of that on her list, it was hardly a practical day to put a bullet in her marriage.

Hayley crawled out of bed, eyes barely open, headed for the door and walked straight into a chest of drawers.

‘Ouch.’ She rubbed her leg.

‘What the bloody hell are you doing?’ Rick’s voice really was rough.

Hayley opened her eyes properly to take in her surroundings.

Hang on a second.

The bedroom seemed smaller than usual. The window was in the wrong place, surely, and she felt carpet under her feet, not hardwood floor. Instead of the door being straight ahead she could make it out to her left. Pictures hung above the chest of drawers. She squinted at them, but couldn’t see them properly in the dark room.

It all had a certain familiarity about it that she couldn’t quite place.

God, we must have got completely trolleyed. But why can’t I remember?

Hayley grabbed hold of the chest of drawers to steady herself and knocked over a vase.

An alarm bell went off in Hayley’s throbbing head. She spun round faster than she intended, lost her balance and landed on the floor on her bum.

‘What are you doing?’

Hayley popped her head up, quickly brushed her brown hair away from her face, and gasped. The person she’d thought was Rick now sat up in bed, staring down at her. She shook her head and quickly rubbed her eyes. Despite the dim light there was no mistaking him.

‘What are you playing at?’ he said. ‘I didn’t get to sleep until four.’

With wide blue eyes and her mouth forming a perfect ‘O’ of surprise, Hayley stared at the man for so long, she could practically feel the seasons change.

And she hadn’t seen Chris – her first boyfriend, her very first love – in over twenty years.

So when … no, how had she ended up in bed with him?

Excerpted from Time After Time by Hannah Mary McKinnon, Copyright © 2016 by Hannah McKinnon.

Be part of the conversation … sign up for Hannah Mary’s newsletter.
Scroll to top